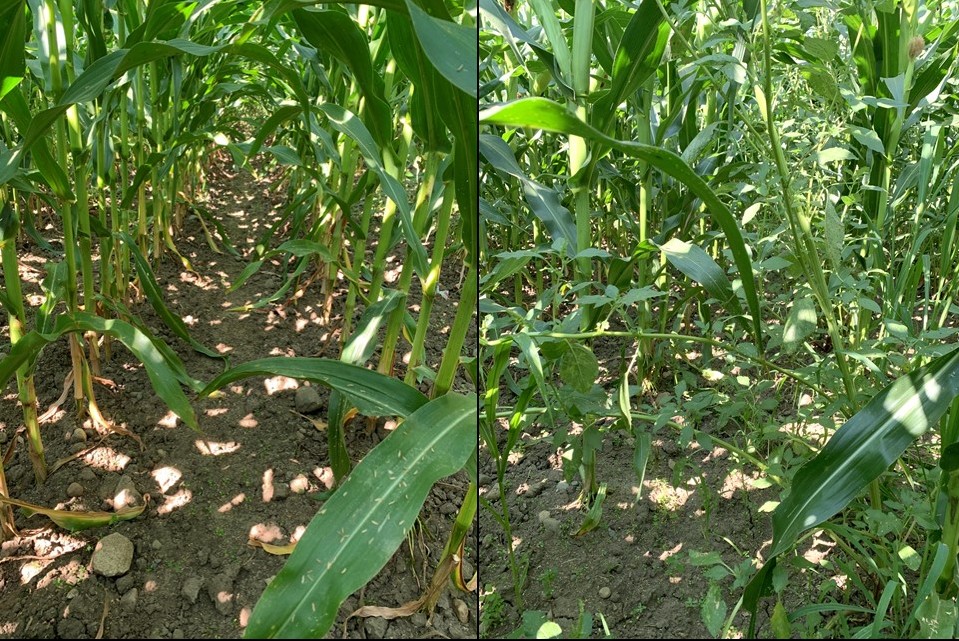 We have found weeds to be the biggest challenge in growing an organic crop.  There have been no chemicals on these organic fields for over three seasons and control options are few.  We performed several preplant tillage operations, then a tine weeder after planting till early emergence and then several more trips with a six-row cultivator.  And walking with hoes was also used.  It's a lot of work.  As seen in the above picture, some areas had low weed pressure and some had heavy pressure, especially in the rows.  We have seen the flame and electric weed killers, but probably aren't quite ready for that.  Although wouldn't mind taking one on a test drive someday.  Troy and Nick Bancroft have been anxious to use the restored John Deere R and a moldboard plow on these organic fields.  It's been a very long time since a field was plowed on the North Central Research Station, I can't remember when.  The R was introduced in 1949 and had a 5-year production run.  Interestingly, it was the last JD model to have a letter designation, switching to numbers after that.  So hopefully burying the weed seed will make it a little better next year.